Bangladesh country has its own set of rules, regulations and procedures for permits to aircraft wishing for landing or even entering their air space, whether you’re operating a private flight or general aviation, charter flight, scheduled or non-scheduled operation, passengers or cargo trip, a technical or traffic landing, Prior Permission is mandatory required the application procedures requiring complete flight information and Aircraft documents.

According to bangladesh civil aviation authority aeronautical information publication (or AIP) any aircraft owner/operator intent to fly in Bangladesh airspace request has to submit for Bangladesh Overflight Permit to air transport department at least 48 working hours prior from flight departure schedule. Always include AFTN on your flight plan, but you’ll only need an overfly permit from Bangladesh.

Planning to make a passenger flight landing or technical stop, Bangladesh Airports Authority have their own regulations regarding the issuance of flight Bangladesh Overflight permit as there is generally a payment involved. The charges normally payable would be the Route Navigation Facility Charges for overflight and also landing and parking charges in case of aircraft making halts.

Bangladesh is a signatory to the Chicago Convention therefore the conditions of flights and crews should strictly be compliant with ICAO general rules of international air traffic and in accordance with their regulation for transport of troops, equipment, materials and dangerous goods, please write us for more detail information.

We do not charge any type of hidden cost in Civil Aviation Permit Processing Cost and Bangladesh Overflight Permits Procedures. Our fee is straight and direct without any additional fees in Bangladesh Overflight Permit We do not require large upfront deposits or commitments. We strive to develop long term relationships and we work hard to earn your referrals. Besides receiving essential financial monthly reports these very particular customers expect to entirely rely on professional teams and they offer just that. This trust is earned through our administrative and financial control, as well as our services standards of work.

Our proficient flight support team offering unrivalled support services to any International & Domestic Airports in Bangladesh along with their expertise, our permit2fly team can arrange Bangladesh Overflight Permits for Ad-hoc Charter Flights, Scheduled Airline Seasonal Block Permits from Civil Aviation Authority of Bangladesh according to their legal time frame.

Trust Permit2fly, to handle all your ground supervisory at Bangladesh airports and obtain Bangladesh overflight and Landing permit for any of your aircrafts to operate in the territory of Bangladesh.

Bangladesh, country of South Asia, located in the delta of the Padma (Ganges Ganga) and Jamuna (Brahmaputra) rivers in the northeastern part of the Indian subcontinent.

The riverine country of Bangladesh (“Land of the Bengals”) is one of the most densely populated countries in the world, and its people are predominantly Muslim. As the eastern portion of the historical region of Bengal, the area once formed, along with what is now the Indian state of West Bengal, the province of Bengal in British India. With the partition of India in 1947, it became the Pakistani province of East Bengal (later renamed East Pakistan), one of five provinces of Pakistan, separated from the other four by 1,100 miles (1,800 km) of Indian territory. In 1971 it became the independent country of Bangladesh, with its capital at Dhaka.

The Given Below Information Is Extracted from the Bangladesh AIP


Flight Plan Form as prescribed by ICAO in latest DOC-4444 (PANS- ATM) is used for the preparation and submission of flight plans.

Flight Plan Form shall be filled as per the guidance in Amendment-1 to the 15th Edition of ICAO Doc.4444. The simultaneous mode of addressing ATS messages is used. The step by step mode will not be followed.

Requirement to submit a Flight Plan


Written Flight plan shall be filed with the appropriate ATS units for all flights prior to departure.

ii) Local flights at all uncontrolled aerodromes outside control zones may be undertaken without a flight plan provided they are operated during day in VMC below 1,000 feet. Note: A local flight is a flight conducted wholly in the vicinity of an aerodrome i.e. take-off from an aerodrome, remain in the traffic circuit and land back at the same aerodrome.

2-Flight departing from aerodrome (controlled or uncontrolled) in accordance with the multiple flight plan previously filed at a controlled aerodrome i.e. separate flight plan for each stage of the flight through intermediate stops filed at the aerodrome of first departure need not re-submit a flight plan.

4-Under exceptional circumstances submission of Flight Plan during a flight may be accepted by the appropriate ATS unit at least ten minutes prior to estimated entry to controlled airspace.

Submission of Flight Plans before departure:


Requirement for submitting flight plan at Chittagong Airport by Bangladesh registered aircraft originated from HSIA may be waived provided that the aircraft is returning to HSIA within 8 (eight) hours. It will however, be incumbent upon the Pilot-in-Command or his designated representative to obtain meteorological briefing for the return flight also, before departure from Dhaka. It will be imperative, however, for the Pilot-in- Command to obtain and satisfy himself with necessary meteorological information when:

a) The return flight is delayed beyond the stipulated eight hours, irrespective of weather.

b) Bad weather prevails en-route or at destination, irrespective of stipulated eight hours.


Flight plans i. e. separate Flight Plans for each stage of the flight through intermediate stops may be filed at the aerodrome of first departure only in respect of flights whose first departure point is in Bangladesh.


1. Flight movement messages relating to traffic into or via Dhaka FIR shall be addressed as stated below in order to warrant correct relay and delivering.


Standard separation shall be provided in Controlled Airspace. When vertical separation is applied, the vertical separation minimum shall be 2000 feet up to FL280 and FL290 to FL410 for RVSM equipped ACFT and 4000 feet between FL290 and FL410 for non RVSM equipped ACFT and FL410 to UNL for all ACFT. No VFR operations shall be allowed during the period of VVIP Flight is expected to operate in Controlled Airspace.


When the VVIP flight is flying in Bangladesh, no other aircraft shall be cleared to operate in the block of uncontrolled airspace defined as: - “2000 feet below and above cruising level and 25 nautical miles either side of the intended route of the VVIP”.


This restriction will not be applicable when it is known that horizontal separation based on current flight plans will exist between the VVIP flight and other aircraft.


Minimum 10NM within coverage of Radar.

6 Reporting the Location of Birds in the Vicinity of Airports


In order to enable the Pilot to locate the position of birds with reference to the airport, ‘Bird Reporting’ by aerodrome control tower at civil aerodrome will be done as given in the following paragraph.


For the purpose of giving report of location of birds observed in the vicinity of aerodromes, the airspace within the aerodrome traffic zone will be divided into 4 sectors (Quadrants):- Sector (Quadrant) Bearing from Control Tower.


Flight Information Service is provided by the Dhaka “Area Control Centre” within Dhaka FIR excluding the portion of the route L507 between AVPOP and ESDOT where the provision of Air Traffic Services from FL280 to FL460 is delegated to Kolkata ACC/FIC.

The Semi-Circular system of Cruising levels is followed in Bangladesh Aircraft shall operate along the ATS routes as applicable in accordance with ENR-3 if not otherwise cleared.

e) Rate of descent - feet per minute 500 FPM (Plus or minus 100 FPM) for standard instrument approach procedures.

Plan & procedure diagrams for holding and approach charts are designed on the basis of the following values.

(4) Tolerance for ground and airborne equipment as prescribed in Annex 10.

(2) Width of ambiguity at heights above beacons.

(4) Corrections by pilot for wind effect.

Note: Pilots are expected to know the current holding, approach & departure procedures (although ATC will provide this information on request).

Holding patterns are race track and the following procedures apply: -

(a) Follow the prescribed track inbound to the holding point.

(b) Execute a 180-deg. turn in the direction specified so as to fly outbound on a track parallel to the inbound track.

Commencement of timing. Outbound timing should start from abeam the fix or on attaining the outbound heading, whichever comes later.

Outbound timing. The outbound timing should be one minute up to and including 4250 m (14000 ft) and one and half minutes above 4250m (14000 ft). However, it may be increased provided the protected airspace is adjusted in accordance with the principles contained herein. With DME available the outbound timing may be expressed in terms of distance. Where this is done care should be taken to ensure that at least thirty seconds should be available on the inbound track after completion of the turn to inbound and that slant range is taken into account. 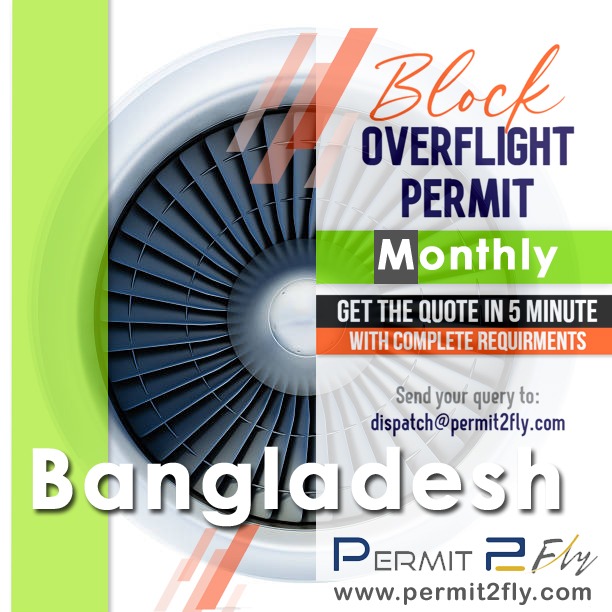