Kazakhstan country has its own set of rules, regulations and procedures for permits to aircraft wishing for landing or even entering their air space, whether you’re operating a private flight or general aviation, charter flight, scheduled or non-scheduled operation, passengers or cargo trip, a technical or traffic landing, Prior Permission is mandatory required the application procedures requiring complete flight information and Aircraft documents.

According to kazakhstan civil aviation authority aeronautical information publication (or AIP) any aircraft owner/operator intent to fly in Kazakhstan airspace request has to submit for Kazakhstan Overflight Permit to air transport department at least 48 working hours prior from flight departure schedule. Always include AFTN on your flight plan, but you’ll only need an overfly permit from Kazakhstan.

Planning to make a passenger flight landing or technical stop, Kazakhstan Airports Authority have their own regulations regarding the issuance of flight Kazakhstan Overflight permit as there is generally a payment involved. The charges normally payable would be the Route Navigation Facility Charges for overflight and also landing and parking charges in case of aircraft making halts.

Kazakhstan is a signatory to the Chicago Convention therefore the conditions of flights and crews should strictly be compliant with ICAO general rules of international air traffic and in accordance with their regulation for transport of troops, equipment, materials and dangerous goods, please write us for more detail information.

We do not charge any type of hidden cost in Civil Aviation Permit Processing Cost and Kazakhstan Overflight Permits Procedures. Our fee is straight and direct without any additional fees in Kazakhstan Overflight Permit We do not require large upfront deposits or commitments. We strive to develop long term relationships and we work hard to earn your referrals. Besides receiving essential financial monthly reports these very particular customers expect to entirely rely on professional teams and they offer just that. This trust is earned through our administrative and financial control, as well as our services standards of work.

Our proficient flight support team offering unrivalled support services to any International & Domestic Airports in Kazakhstan along with their expertise, our permit2fly team can arrange Kazakhstan Overflight Permits for Ad-hoc Charter Flights, Scheduled Airline Seasonal Block Permits from Civil Aviation Authority of Kazakhstan according to their legal time frame.

Trust Permit2fly, to handle all your ground supervisory at Kazakhstan airports and obtain Kazakhstan overflight and Landing permit for any of your aircrafts to operate in the territory of Kazakhstan.

Kazakhstan, also spelled Kazakstan, officially Republic of Kazakhstan, Kazakh Qazaqstan Respublikasï, country of Central Asia. It is bounded on the northwest and north by Russia, on the east by China, and on the south by Kyrgyzstan, Uzbekistan, the Aral Sea, and Turkmenistan; the Caspian Sea bounds Kazakhstan to the southwest. Kazakhstan is the largest country in Central Asia and the ninth largest in the world. Between its most distant points, Kazakhstan measures about 1,820 miles (2,930 kilometres) east to west and 960 miles north to south. While Kazakhstan was not considered by authorities in the former Soviet Union to be a part of Central Asia, it does have physical and cultural geographic characteristics similar to those of the other Central Asian countries. The capital is Nursultan (formerly Astana, Aqmola, and Tselinograd), in the north-central part of the country. Kazakhstan, formerly a constituent (union) republic of the U.S.S.R., declared independence on December 16, 1991.

Kazakhstan’s great mineral resources and arable lands have long aroused the envy of outsiders, and the resulting exploitation has generated environmental and political problems. The forced settlement of the nomadic Kazakhs in the Soviet period, combined with large-scale Slavic in-migration, strikingly altered the Kazakh way of life and led to considerable settlement and urbanization in Kazakhstan. The Kazakhs’ traditional customs uneasily coexist alongside incursions of the modern world. 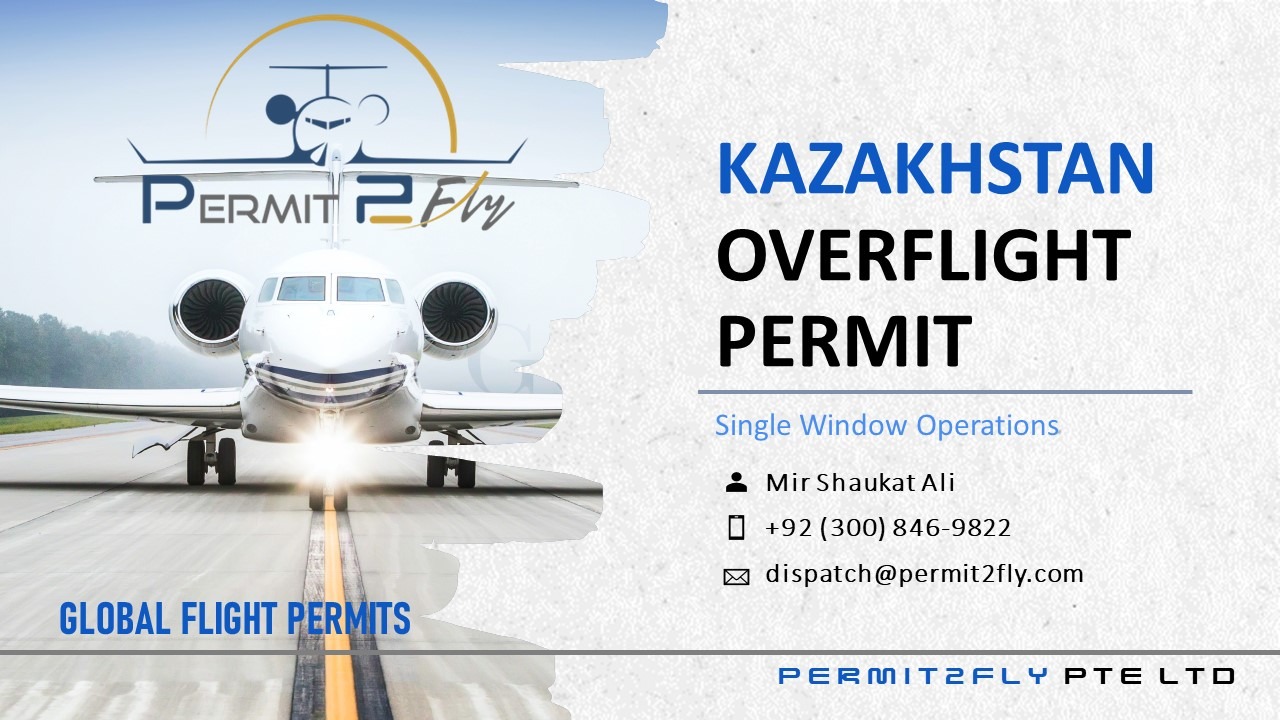 The Given Below Information Is Extracted from the Kazakhstan AIP


A flight plan shall be submitted prior operating any flight in the airspace of the Republic of Kazakhstan in the form and according to provisions of ICAO Annex 2 and ICAO Doc 4444 PANS/ATM.

Flight Plan Can Either Be Filed As:

In the event of expected delay of 30 minutes or more in excess of the departure time stated in the RPL, the ATS unit serving the departure aerodrome shall be notified immediately.


Contents and form of FPL conform to ICAO Doc. 4444 PANS/ATM. In the event of changing at least one of the fields (or all of them) listed below:

iii. Aerodrome of Destination (ADES) and \or delay of departure time for 30 minutes the flight plan modification message (CHG) must not be sent. To change one of the above fields it will be necessary to cancel the original flight plan i.e. CNL message shall be sent followed five minutes later by a new flight plan containing the corrected data.


The procedures concerning the use of Repetitive Flight Plans (RPL) conform to ICAO Doc 4444 PANS-ATM. RPL lists relating to flights with landing at aerodromes of the Republic of Kazakhstan and to flights overflying the FIRs of the Republic of Kazakhstan shall be submitted to MC ATM at least 15 working days in advance, and changes to them of long-term character - at least 7 working days in advance before the commencement of its operations.

Changes, Delay And Cancellations Of RPL


The information on delays, cancellations or other changes of the non-permanent, one-time nature must be reported in the form of relevant ICAO messages (CHG, DLA, CNL) at least 30 minutes before the Estimated Off – Block Time (EOBT).

RPL lists shall be replaced by completely new lists prior to the introduction of summer- winter schedules.


A report of arrival shall be made a t the earliest possible moment after landing to the ATS unit of the arrival aerodrome by any flight for which a flight plan has been submitted.

After landing at an aerodrome which is not the destination aerodrome (diversionary landing), the local ATS unit shall be specifically informed accordingly.

In the absence of a local ATS unit at the aerodrome of diversionary landing, the pilot is responsible for passing the arrival report to the destination aerodrome.

Arrival reports shall contain the following elements of information:


Messages concerning the information of submitted flight plan (FPL) and changes to it shall be addressed in accordance with the recommendations given in ICAO Doc 4444 PANS/ATM, Part XI, paras 11.2.1 and requirements published in ENR-1.10 - ENR-1.11 sections of the present AIP.

Flight movement messages relating to traffic into or via the FIRs of the Republic of Kazakhstan shall be addressed as stated below in order to warrant correct relay and delivery.


Flight movement messages relating to transit flights via Kazakhstan airspace shall be addressed to Main Centre of Air Traffic Management – UAAKZDZK, UAAKZDZI and additionally to regional ATS unit as stated below in order to warrant correct relay and delivery:

Flight movement messages relating to flights with landing at aerodromes shall be addressed to Main Centre of Air Traffic Flow Management – UAAKZDZK, UAAKZDZI, regional ATS unit and additionally to aerodrome ATS unit as stated below in order to warrant correct relay and delivery:


The general provisions comply with the requirements set out in ICAO SARPS.


An aircraft known or suspected to have been subjected to an act of unlawful interference shall receive the maximum attention and assistance from the ATS unit and shall be accorded priority over other aircraft, on the basis of specific circumstances.

The ATS unit, if necessary, uses all available means of communication, including redundant ones, to establish and maintain radio communication with the aircraft in an emergency situation.

In order for the ATS unit to give priority for the maintenance of air traffic, the flight crew that has been the object of unlawful interference shall attempt to notify the ATS unit of this fact, all relevant circumstances and any deviations from the current plan caused by these circumstances.

Unless considerations aboard the aircraft dictate otherwise, the pilot-in-command should attempt to continue flying on the assigned track and the assigned cruising level at least until able to notify a ATS unit or within radar coverage.

When an aircraft subjected to an act of unlawful interference must depart from its assigned track or its assigned cruising level without being able to make radiotelephony contact with the, the pilot-in-command should, whenever possible:

I. Attempt to broadcast warnings on the VHF emergency frequency and other appropriate frequencies, unless considerations aboard the aircraft dictate otherwise. Other equipment such as on-board transponders, data links, etc. should also be used when it is advantageous to do so and circumstances permit.

For reports that the aircraft is in an emergency situation (if it is equipped with an SSR transponder) special codes are used in the “A” mode:

i. The code “7700” - indicates that the aircraft is subjected to serious and immediate danger and the crew is required immediate assistance.

iii. The code “7500” - indicates that the aircraft is the subject of unlawful interference.

In the event of an emergency, the pilot-in-command sets transponder "7700" code of the "A" mode, if previously the ATS unit did not instruct to use other specific code. In this case, the pilot-in-command uses this particular code until other instructions are received from the ATS unit. The PIC selects the "7700" code of Mode "A" in cases where there are reasons to believe that this is the best way to proceed.

If the aircraft in flight becomes the object of unlawful interference, the pilot-in-command shall make his/her best to set the transponder "7500" code Mode A to report the situation if circumstances do not allow the use of the code "7700".

If the crew chose code "7500" of mode "A" and subsequently the ATS unit instructs him/her to confirm this code, the crew, depending on the circumstances, either confirms the code or does not respond at all. Non-response from the aircraft crew means for ATS as confirmation that the use of the “7500” code is not accidental. 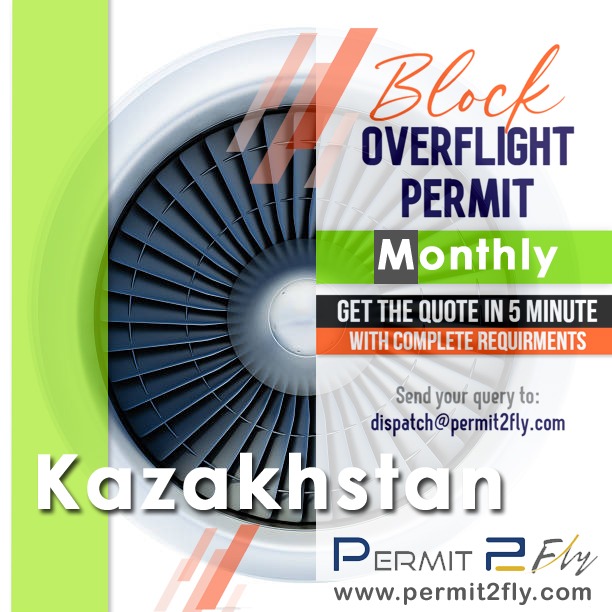